Meet one of the newest additions to The Rod Glove Pro Bass staff, Skylar Hamilton 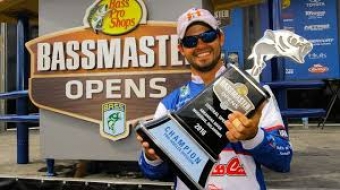 There is a new breed of anglers that is emerging on the Bassmaster Elite trail and it consists of young anglers that have spent many hours casting for bass as long as some of their older competitors and they are hungry to become the next Pro Bass Elites.

The Rod Glove's Pro Bass, Skylar Hamilton is one of those young anglers taking the stage by storm and it was just last year that he won the Bass Pro Shops Bassmaster Central Open on the Arkansas River at the age of 21.

Having learnt how to fish bass from his Grandfather Ralph McKinney, Skylar has inherited a natural ability to catch the trophy winning bass. His father was also an angler, so fishing is in his genes and he was taught at a very early age the basics of fishing in order to catch his limits of bass. Fishing in bass clubs as a junior angler at the age of 12, Skylar decided at age 16 to become a bass pro.  Once his family moved to Douglas Lake, he had the opportunity to step up his game.  After borrowing his Dad's 1993 Ranger, he signed up to to fish a Bassmaster Open on Douglas Lake in June 2011 and finished in 22 place.

To date, Skylar has competed in at least 23 Bassmaster Opens and has won Arkansas River Bassmaster Open and he is a full time fishing guide at Douglas Lake, Lake Cherokee and does occasional trips for stripers. Fishing out of a fiberglass BassCat and an aluminum Bass Pro Shops Tracker Grizzly, he is able to fish on a variety of waters.

We recently had a chance to ask him a few questions:

What are some of your highlights?  Best moments either during on/ off a tournament?

My best highlight was qualifying for the 2017 Bassmaster Classic by winning a Bassmaster Central Open on the Arkansas River. Also qualifying for the Bassmaster Elite Series for 2017 and 2018.  I enjoy spending time with family and friends off the water and I like kayaking and fishing for fun during free time. I love speaking to high school anglers and helping younger anglers learn about fishing.


What is your favorite fishing technique/ style?

My favorite fishing is using my Xpress aluminum boat to get in shallow water/rivers/creeks and use a variety of baits. 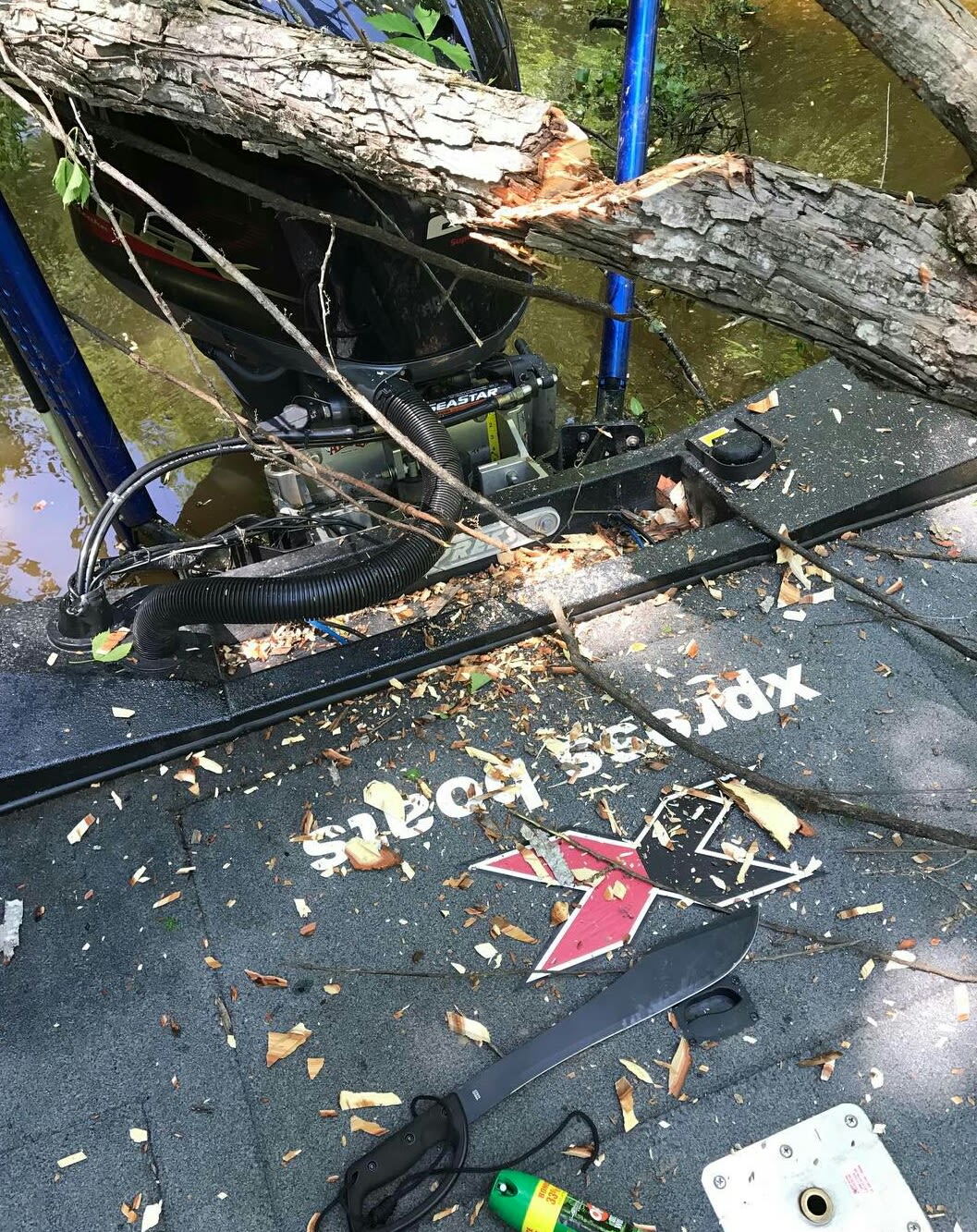 Can you tell us a bit about the trees that you drove through found on Instagram?  It looks like your bass boat is equipped with a chain saw?

I always keep a machete in the boat just in case there are areas I want to get in blocked by trees. Sometimes moving a few trees can get you into some areas that fish have never seen a lure. It's also good defense for snakes that like to get in the boat! haha I don't do snakes...

What are your goals this season?

My goals are to learn as much as possible my first year on the Elite Series and make my second season incredible. Build relationships with my sponsors and I'd love to win another tournament. 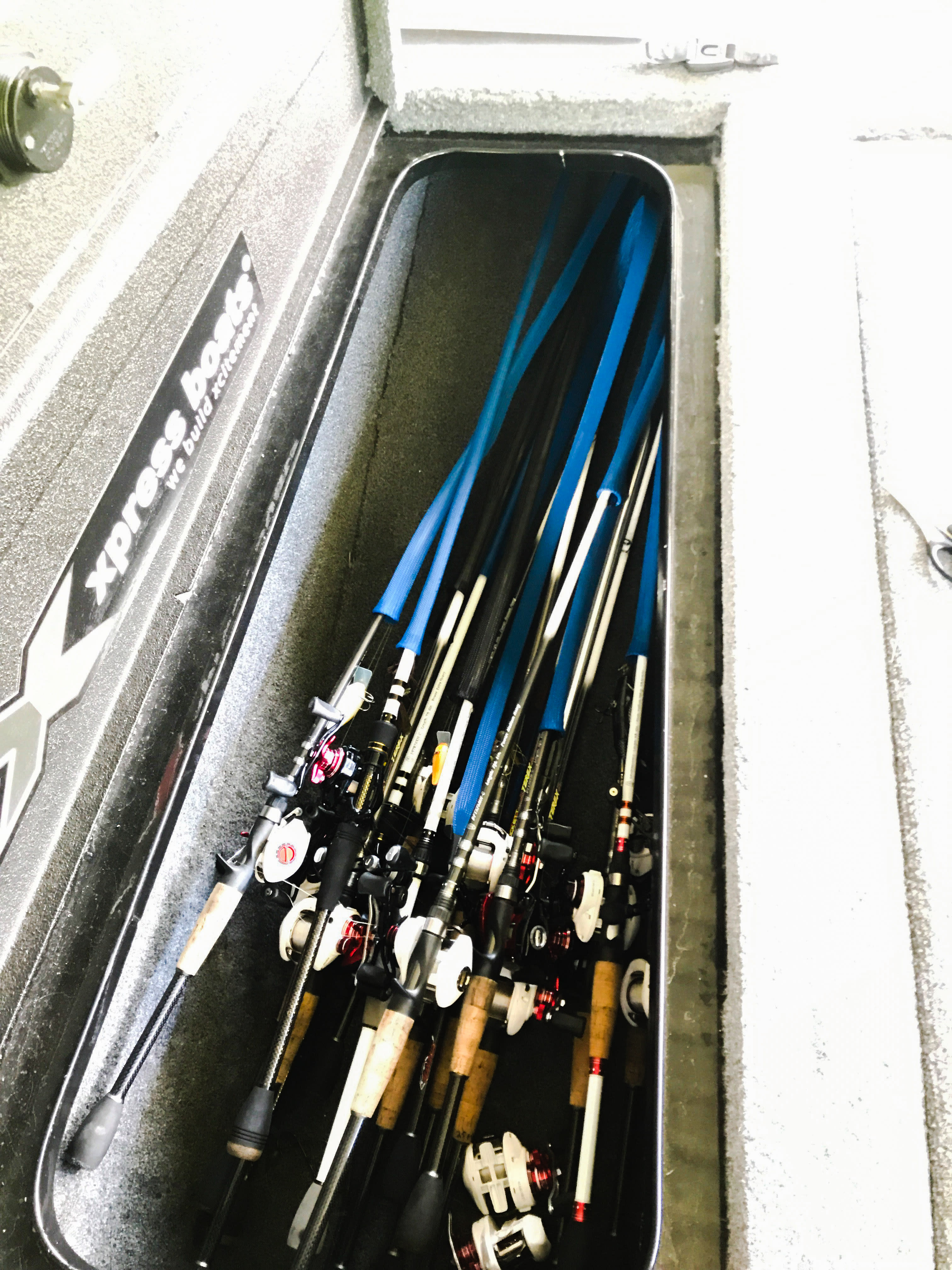